038: Jason Fladlien | The Power of Spirituality into Entrepreneurship 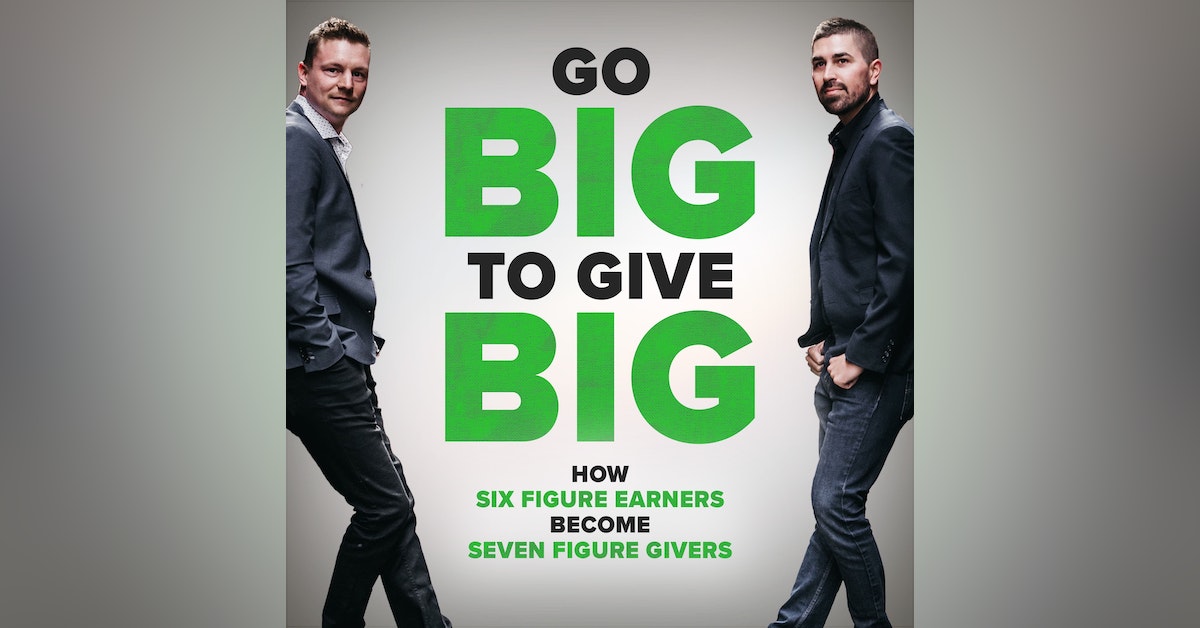 Welcome Back to Go Big to Give Big Podcasts with Randy Molland and Steve Arneson. Today we are joined by the 100 million Webinar man, Jason Fladlien!  He is a professional webinar marketer and co-founder of Rapid Crush. With a background as a wrapping monk, Jason has gone on to produce over 100 million dollars in webinar stuff. In this episode, Jason shares his inspiring story of how he overcame mental health issues with music, meditation, and spiritual practices to become one of the best webinar marketers of all time.

He also shares insights into how he has used his wealth to give back and stresses the importance of this act in his life. Plus, we hear stories of generosity from other entrepreneurs who are using their businesses to make a difference in people’s lives. You will be inspired by Jason’s story and gain actionable advice on how to use their success for good. Tune in for a conversation that will encourage you to “Go Big” with your dreams and goals!

·        Jason Fladlien is the chief strategy officer and co-founder of Rapid Crush. He is known as one of the best webinar marketers of all time, and is referred to as the "100 million webinar man"

·        While living as a wrapping monk, Fladlien developed his sales skills and eventually transitioned into webinar marketing

·        He was introduced to the Hare Krishna movement and decided to become a wrapping monk. While living as a wrapping monk, Fladlien developed his sales skills and eventually transitioned into webinar marketing

·        In desperation, he wrote a quick ebook on how to write articles and sold it for $4. The ebook was successful and led to a paradigm shift in his thinking about product creation.

·        Jason's ebook was discovered on a forum and gained popularity through social proof. People left positive feedback on the forum and the ebook sold well

·        Timing played a critical role in Jason's success with webinars. He also credits persistence and hard work as a role in his success

·        It's important to be sincere and authentic in order to have a long-lasting and successful webinar.

·        The most successful webinars have a clear and concise message that resonates with the audience.

·        It's important to continually test and refine messaging in order to have a successful webinar.

• Who inspires you with their giving? Cynthia Kersey

• Do you think entrepreneurs should start giving from day one or after they have seen some success? For Jason, It is up to the individual entrepreneur to decide whether to prioritize giving from the start of their business or to wait until they have achieved some success. It is important to consider this issue and make a decision based on personal values and priorities.

• What is the first thing that you think of when you hear Go Big to Give Big: “Let’s do it!” A motto of motivation.

• In one word, describe the feeling you get when you give: Gratitude.

"Don’t show your Mona Lisa to a blind man, because he will never appreciate it. So, sometimes the webinar's incredible, but it's just in front of the wrong audience." – Jason Fladlien

Connect with Jason by visiting his website at https://jasonfladlien.com/ or by following him on his YouTube Channel and LinkedIn

For more information you may visit: